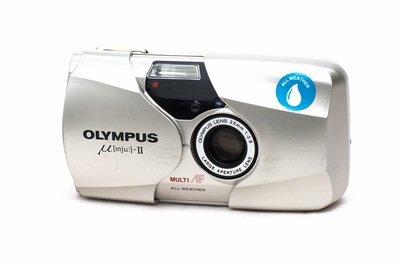 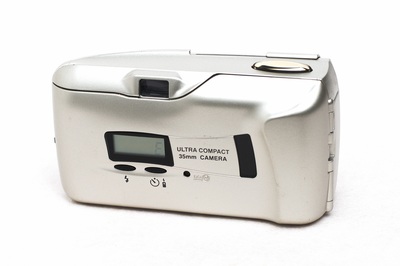 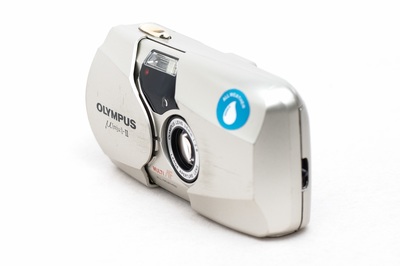 It is a fully automatic camera: auto-focus, auto film advance, auto flash, auto exposure, etc. This is a big change from the rangefinders from the 70s which I have been using these days. To have a bit more control, the flash can be disables and there is an option for spot metering... however, this should really be considered as a point and shoot since you never really know precisely where the focus has locked and what combination of aperture and shutter speed will be selected.

Here are a few shots from the first roll. Overall, the camera is very very easy to use and it is quite responsive. The lens seem to provide good sharpness and contrast. All the shot of this first roll turned out properly exposed. In terms of focus however, one shot was completely out of focus and for indoor shots at a wide aperture, the focus was slightly off on a couple of picture. Overall that is not bad at all if we consider how fast the auto-focus is.

A couple of issues

Here are the 2 worst pictures of this first roll. The first one on the left is completely out of focus. I believe that some direct sun light confused the auto-focus. This is quite annoying because there is no way to tell if something like this has happened before you develop and look at the pictures. The picture on the right shows what I first believed to be flare since the shot is backlit but the same pattern appear with various intensity on many of the pictures (around 12) so it is most likely the sign of a light leak though the back of the camera. There is a small window on the back of the camera and some foam to seal it on to the 35mm canister. For the next roll I will put a piece of black tape on this windows.

This is a really tiny camera, it is really a great film point and shoot. I do not think I will be using it too much though since it does not allow fine control of the depth of field and focus. For point-and-shoot snapshots, I will probably prefer to use my digital Sony RX-100 which is not that much bigger. It is more expensive and more fragile though so if I need to shoot in harsh environment I may end-up using the mju II and not worry about it too much.